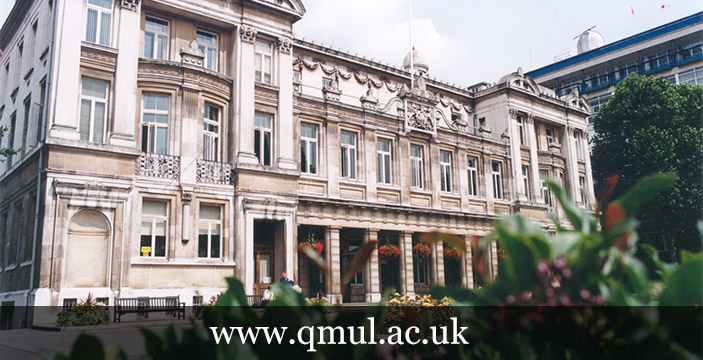 Queen Mary has five campuses across East and Central London in Mile End, Whitechapel, Charterhouse Square, Lincoln’s Inn Fields and West Smithfield, as well as an international presence in China, France, Greece and Malta. The Mile End campus is the largest self-contained campus of any London-based Russell Group university. In 2018/19 the university had around 26,000 students. Queen Mary is organised into three faculties – the Faculty of Humanities and Social Sciences, the Faculty of Science and Engineering and Barts and The London School of Medicine and Dentistry.

Based in London’s fashionable East End, Queen Mary University of London is an elite Russell Group member. It’s an amazingly diverse university, and is proud of its reputation for social justice combined with academic excellence.

Queen Mary is a leading university based in London’s fashionable East End. It’s a member of the prestigious Russell Group of research universities and has a strong focus on diversity and social justice, making it extremely popular with international students.

There are three faculties and an interdisciplinary life sciences institute. These are split further into independent schools, institutes, and departments

Faculty of Humanities and Social Sciences

Faculty of Medicine and Dentistry

Faculty of Science and Engineering

Cranfield University
University of Birmingham
MENU
× How can I help you? (WhatsApp Chat)