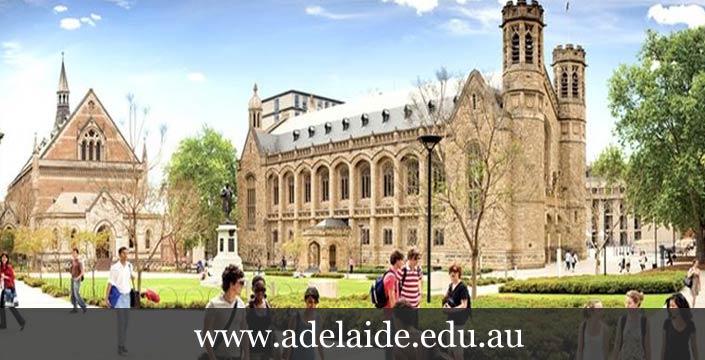 The university has four campuses, three in South Australia: North Terrace campus in the city, Roseworthy campus at Roseworthy and Waite campus at Urrbrae, and one in Melbourne, Victoria. The university also operates out of other areas such as Thebarton, the National Wine Centre in the Adelaide Park Lands, and in Singapore through the Ngee Ann-Adelaide Education Centre.

Studying at the University of Adelaide, continuously ranked in the top 1% of universities worldwide, will challenge and inspire you. We will give you a rich campus experience and the very best academic preparation to achieve in your chosen discipline and to equip you with the knowledge and skills to make a real difference.Adelaide is a great city for international students. It has a bustling, energetic city centre and is renowned for its festivals, cultural life and sporting events.With multiple intakes throughout the year, you can start when you are ready.

Postgraduate coursework degrees offer flexible study options to help you manage your life while working towards your career outcomes. They are skill and practical based degrees with lectures and tutorials.

Postgraduate research degrees will help you to make an impact in your chosen field of study. They are specialised and research-intensive, and based more around one-on-one interactions with a supervisor.

The university is divided into five faculties, with various constituent schools:

CQUniversity
University of Tasmania
MENU
× How can I help you? (WhatsApp Chat)