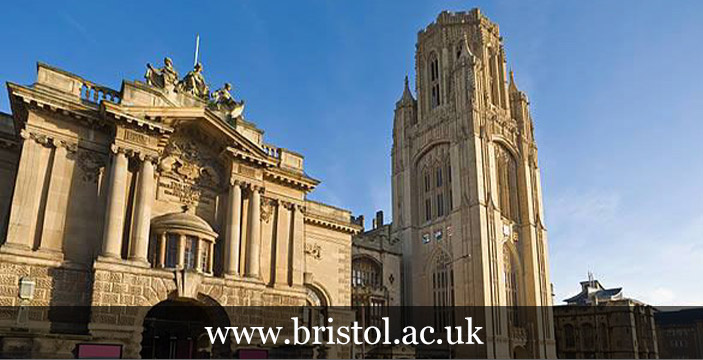 The University of Bristol is a highly ranked Russell Group university in the heart of Bristol. You can enjoy student life in a vibrant city and join the University’s exciting international academic community.

The University of Bristol is a highly ranked Russell Group university with a fantastic reputation. You’ll join a global community of students from more than 150 countries, and enjoy life in one of the UK’s most exciting cities.

As the number of postgraduate students has grown (particularly the numbers pursuing taught master’s degrees), there eventually became a need for separate representation on university bodies and the Postgraduate Union (PGU) was established in 2000. Universities are increasingly expected to exploit the intellectual property generated by their research activities and, in 2000, Bristol established the Research and Enterprise Division (RED) to further this cause (particularly for technology-based businesses). In 2001, the university signed a 25-year research funding deal with IP2IPO, an intellectual property commercialisation company. In 2007, research activities were expanded further with the opening of the Advanced Composites Centre for Innovation and Science (ACCIS) and The Bristol Institute for Public Affairs (BIPA).

Faculty of Social Sciences and Law[edit]