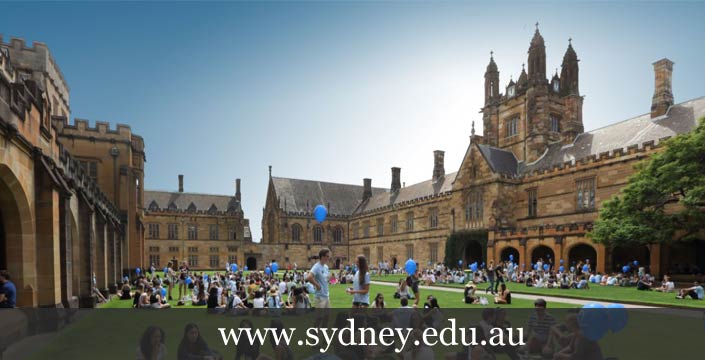 In 2018–19, the QS World University Rankings ranked Sydney as one of the world’s top 25 most reputable universities,and its graduates as the top 5 most employable in the world and first in Australia.

Five Nobel and two Crafoord laureates have been affiliated with the university as graduates and faculty. The university has educated seven Australian prime ministers, two governors-general of Australia, nine state governors and territory administrators, and 24 justices of the High Court of Australia, including four chief justices. Sydney has produced 110 Rhodes Scholars and 19 Gates Scholars.

Whether you’ve had your career path mapped out since childhood or you’re convinced that your dream job doesn’t exist yet, you will be able to gain expertise in more than one field of study by choosing from our range of professional, specialist, liberal studies, and combined and double degrees. Build diverse skill combinations and boost your personal and professional development with our short, on-demand OLE units.Deepen your expertise and develop skills in interdisciplinary collaboration through real-world industry, community, entrepreneurship and research projects.

Advance your career, pursue your passion and gain a higher qualification with a postgraduate degree.

Postgraduate coursework degrees are taught similarly to undergraduate courses, but with the additional scope to develop a higher level of expertise.

With more than 450 courses on offer, we make it easy for you to tailor a degree to your needs – short or long-term study.

Australian National University
University of New South Wales
MENU
× How can I help you? (WhatsApp Chat)