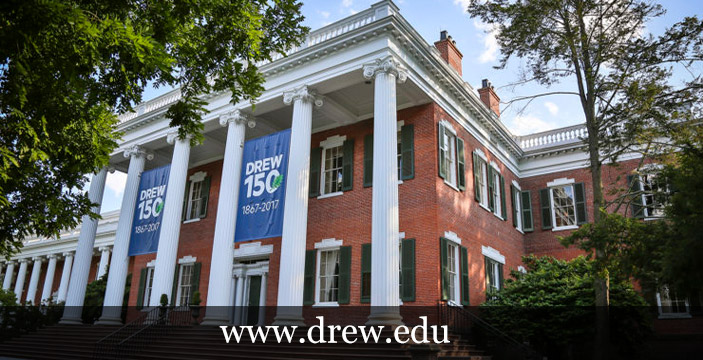 As one of the country’s leading liberal arts universities, Drew attracts students from all over the US and more than 50 countries. From its unique, practical learning programs to the personal relationships with professors, the deep-rooted culture of collaboration and engagement with the greater community is clear from the day you step on campus.

INTO New York at Drew University is your first step toward academic success in the US. Our innovative Pathway and English language programs, outstanding faculty and facilities and dedicated support services ease your transition to US life and prepare you for the demands of a rigorous liberal arts education.

Top 100 National Liberal Arts Colleges.
Live and learn 47 minutes from New York City.
Top 100 Best Bang for the Buck US Liberal Arts Colleges (Washington Monthly 2015).
Drew received Carnegie Foundation’s prestigious Community Engagement Classification in 2015.
#7 Best Theatre Arts program in the US (Princeton Review 2015).
Exciting semester-long programs in New York City on Wall Street, at the UN and more.
#24 Most livable small town in the US (Livability 2015).
Easy access to Boston, Philadelphia and Washington, DC.
94% of Drew’s faculty holds the highest degree in their field.
#17 Among US liberal arts colleges in number of physical science majors who earn doctorates (National Science
Foundation 2015).
One of the greenest colleges in the US (Princeton Review 2015).
62% of Drew students take advantage of international and off-campus programs.
Hundreds of Fortune 500 companies in the surrounding area including Goldman Sachs, Merck and CBS.
Research with retired industrial scientists in one-of-a-kind RISE program.
94% of Drew’s Class of 2014 were working or in graduate school within 6 months of graduation.

University of New Hampshire
Long Island University
MENU
× How can I help you? (WhatsApp Chat)